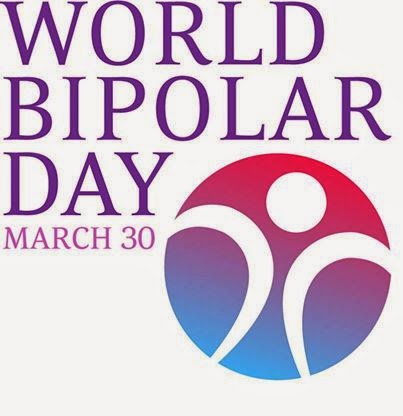 World Bipolar Day Celebration is an initiative of the Asian Network. Their vision is to bring world’s awareness to bipolar disorder and eliminate social stigma.
Amazingly, I have observed that one of the ways to achieve world awareness on bipolar and eliminate stigma (social or otherwise), is for individuals who have been diagnosed bipolar to share their experiences.
In Steven Covey’s words, “creative experiences can be produced regularly, consistently, almost daily in people’s lives”. He went on to explain that, “it requires enormous personal security and openness and a spirit of adventure”, to achieve this.
Personally, I admire the openness and spirit of adventure displayed by Adam Boland as he relates his bipolar experience with ABC News, Australia. He recalls that, as the only child of a single mother, his childhood was difficult, often traveling up and down the east coast of Australia, changing schools frequently leading to his inability to maintain stable friends.
Eventually, he found succour in television. In his words, “TV was my secondary parent if you like. The characters on TV became friends”.
Remarkably, Adam Boland grew into a Television Producer of repute. He recorded outstanding achievements as he took Channel Seven’s deteriorating breakfast show, ‘Sunrise‘ to number one.
Recently, Channel Ten hired him, expecting a turnaround to their breakfast and morning shows. Unfortunately, soon after the launch of the new breakfast and morning shows, Boland had a break down and was diagnosed with bipolar disorder.
Recall that, bipolar disorder is a mental illness where people experience extreme mood swings that can affect their lifestyle and life in general.
In my opinion, Adam Boland maximized his potentials as a bipolar person. He was energetic, enthusiastic and creative. ABC News puts it thus, “His obsessive nature, creative flair and ability to work long hours gave him the edge in a fiercely competitive industry”.
Following his diagnosis of bipolar last year, Adam Boland started taking medication and returned to work. By January this year, he decided he could not go on. He said, “it finally struck me, I wasn’t trapped by Channel Seven, I was trapped by television”.
Presently, he is determined to find an identity beyond television and advocates on behalf of those with mental illness. He affirms,“There is a stigma and I think the media has a duty to help smash that… mental illness is as valid as any other illness”.
As the world celebrates World Bipolar Day today, what can you do to eradicate the stigma associated with the illness in your environment?
In Nigeria, where I’m from, when bipolar manifest as a manic episode and the patient is aggressive and uncooperative, they tag that individual as ‘mad’, they will keep describing him as ‘mad’ until he is able to prove beyond reasonable doubt, that he’s no longer ‘mad’.
This scenario is common because the awareness on bipolar is low. Or what do you say about the young woman who gets married to her prince charming without disclosing her bipolar status to him. Only for him to be informed when she breaks down in the delivery room with postpartum blues.
You can imagine the damage that will do to the trust on which the marriage is founded. She didn’t disclose to him because she was afraid of losing him or being stigmatized by his family!
Let us make a conscious decision to help create positive awareness in our own little corners of the world and our little efforts will add up to the big picture someday.

Food for thought:
In Nigeria, how can we create awareness about mental illness and eradicate stigma? Please send your feedbacks to idaretoblossom@gmail.com

www.creatingminds.org/quotes
www.mobile.abc.net.au/news
PRAYER:
Father, as I make a conscious decision to share my bipolar experience to create awareness and eradicate stigma, I ask that you would perfect all that concerns my mental health and keep me from fear of relapse, in Jesus name, Amen.  – 2nd Timothy 1 v 7 , Psalm 138 : 8 –
KINDLY REMEMBER:
· That you have to take your medication(s) as prescribed by the doctors.
· That you don’t have to avoid your appointments with your physician.
· That you have to rest well, eat healthy, exercise safely, and avoid stress.
· That you can pray over your medications that; they will work perfectly for you without side effects.
· That you can pray to God to perfect all that concerns your mental health.
My name is Precious, I was Bi-polar, and I live a full life
You can send your feedback to idaretoblossom@gmail.com
Read more