Introduction: I dare to Blossom 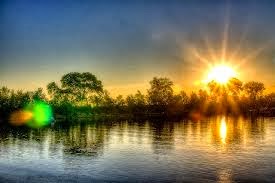 Several lives, families, communities and even nations have missed out on the wealth and value of highly talented, resourceful individuals, who had the potential to be problem solvers. Often times, a simple diagnosis that affirms that an individual is bi- polar could be the beginning of a ‘vote of no confidence’, and a display of actions that signal stigma. According to Bipolar Disorders Clinic, Bipolar is also “known as manic depressive illness and is characterized by severe and disabling highs (mania) and lows (depression)”. It goes on to say, “This illness typically begins in adolescence or early adulthood and continues throughout life, with 80% of patients experiencing multiple manic episodes and 15% ending their lives in suicide”.

My name is Precious. I was diagnosed bi-polar in 2003. I have been through, and seen in the lives of others, the ups and downs of bi-polar. It all brought me to a place of choice. I chose to blossom and come what may, I will blossom. Because if I don’t (smiling) I can’t possibly live the quality of life I have now. I am happily married, I have a great job, I have a peaceful mind and I live above all the limitations that I was told being bi- polar will offer. All this has being possible because God healed me. He taught me to rely on Him and His Words because they are my life. When I was to have my daughter in the delivery room, I was told that being previously diagnosed with bi-polar, puts me at the risk of experiencing post trauma blues; I had her, a beautiful gift, without any blemish on my body, mind and soul. This blog is not to disprove the integrity of medical science, no, that’s not what this is about, rather it’s here to help patients diagnosed and living  with bi-polar see and believe that they can still be resourceful individuals the world needs. They are answers to many puzzles and the world is waiting to hear their voices. This blog is here to give you an insight into the life of persons living with bi-polar, how you can understand them and help them to become the best that they can be.
Being diagnosed bi-polar is not a license to self-pity! No! It’s not and should not be! The next time you are tempted to think so, quickly remember that there are many great people in the world today, who were once diagnosed with bi-polar but today are not remembered for the negative impact of bi-polar but are rather renowned for the notable accomplishments they have attained in their chosen sphere of influence. Did you know that many famous people have being diagnosed with bi-polar? In an article written by Christian Nordqvist in Medical News Today, the following famous people were outlined.
·         Sidney Sheldon, American Producer and writer
·         Rep. Patrick J. kennedy, American politician
·         Florence Nightingale, British nurse and health campaigner
·         Catherine Zeta-Jones, British (Welsh) actress
·         Edgar Allen Poe, British poet and writer
·         Frank Bruno, boxer
·         Graham Greene, British novelist
·         Jack Irons, drummer, formerly of Red Hot Chili Peppers
·         Stephen Fry, Bristish actor, comedian and writer
·         Vincent Van Gogh, Dutch artist
·         Viginia Woolf, British writer
·         Vivien Leign, American actress
·         Vincent Crane, keyboard player of Atomic Rooster
·         Spike Miligan, Irish Comedian
·         Robert Downey, Jr., actor
·         Mel Gibson, Australian actor and director
·         Jean-Claude Van Damme, Belgian actor
·         Maria Bamford, American Comedian
Guess what? (Smiling) the list has not ended, it includes you reading this now wondering how to deal with the bi-polar situation. It includes me, it includes thousands and thousands of individuals who are living above the limitations of bi-polar but have not taken the bold step to come out with their stories. It includes anyone out there who will make a conscious decision to blossom and commit to the process.
My name is Precious, I was Bi-polar and I live a full life.
Shalom!
References
·         “What is bipolar Disorder”, Bipolar disorder Clinic at the Stanford School of Medicine.
·         www.medicalnewstoday.com
·         Jeremiah 17: 7-8, NIV
Read more